Whilst in the relationship with the sociopath, you no doubt felt on ‘lock down‘, meaning that he knew, and had control about everything that you were doing. Who you were speaking to, where you are (if you are allowed out without him). He will go to extreme lengths to learn what is going on with you. Remember that in the beginning the sociopath assesses you for your worth? Well he is constantly assessing you, to make sure that you will not escape him. 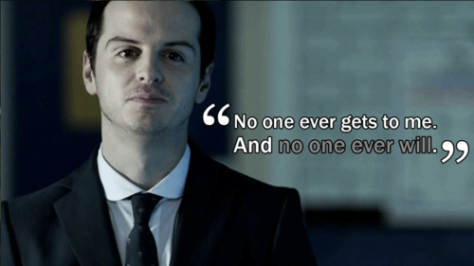 What is interesting, is that despite the sociopaths desire for control over your life, he is also very private about his own life. The sociopath will do everything to have control over your privacy (there will be no personal privacy with a sociopath), it feels like one rule for him, and another for you. Not only is he controlling, and you feel suffocated, you will have no idea what is really going on in his life in his secret life. He will:

At the same time the sociopath will be:

It can quickly feel suffocating in a room with a sociopath. Even when the relationship ends the need for control, does not end. The reason why the sociopath does this, is not just because of the need to control you, it is because he see’s you, once he has targeted and selected you, as someone that he owns, he sees you as an extension of himself. You belong to him, and you are his property, and his property alone. He doesn’t like anyone else trespassing on his sentimental property.

It is not just control, it is ownership. At first when you meet the sociopath, they will seem interested in you, and your life. This can be flattering, later in the relationship, and after it has ended, this intrusion into your privacy and violation of your personal space and rights can be overwhelming.

You spend so long, defending your own rights, that you hardly notice what is going on in his life, in secrecy from you. You will feel that nothing that you do is right. You constantly try to change to accommodate his needs and demands, but it will never be enough.

The reason that the sociopath is like this, is because he needs to have control over you. I wrote earlier, how a sociopath can have both fake jealousy and real jealousy. Faking jealousy, keeps you under control. You feel small, as if you are living under a microscope. But the sociopath will not show this side of his nature, until much later in the relationship, or indeed until after the relationship is over. It is the ultimate betrayal and invasion of privacy. When I say, they won’t show this side, likely it was always there, its just that you were not aware of it, the sociopath is better at hiding, than you are at looking for it…. Why? Because normal people, until they are abused, TRUST – the sociopath trusts nobody, because they know that they cannot be trusted themselves.

The sociopath takes great pleasure at having absolute control over your life, and knowing everything that is going on in your life, whilst keeping his life own top secret. Under cover the sociopath behaves like a military spy.

Some can even keep two phones. It is odd, that someone who is so determined to know about everything in your life, is so secretive about their own. This gives the sociopath great joy, as it is the ultimate control, to guard the secrets of his own life, to be doing things behind your back, whilst keeping control over yours.

To the sociopath the only freedom that is available, is his own. He has no concern for the rights or welfare of anybody else but himself. But he demands freedom for himself. The sociopath thrives on being fully hidden and will go to great lengths to deceive and be deceptive. The more control that he has over your life, the happier he/she is within the relationships. Sociopaths like to be private. They cleverly orchestrate what they want you to see from behind the curtain but in full front view, a whole different scene is going on.

While in the relationship with the sociopath, they will think nothing of closely monitoring everything in your life. They will think nothing of keeping tabs on your social networking, emails, private phone messages, phone chat apps. Even if you had been with them for years, with no reason to doubt you, they keep tabs. They do this for two reasons:

You would think that once the relationship is over, that the sociopath would give up the need to know everything about your life. But this is not always the case, not if they see you as a good source for supply, or they did not want the relationship to end. The sociopath hates to lose control, even from ex partners.

He believes that he has the right to move on and to do whatever he wants to do, but will not like it at all if you try to exercise your right to do the same.

63 thoughts on “Sociopath need for control, stalking, hacking, and snooping”