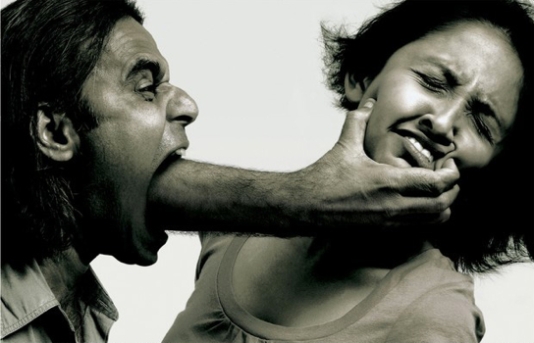 You will never be allowed to have your own life being with a sociopath. The sociopath is always in your life, you are never in theirs.

They lurk in the shadows of darkness, constantly monitoring every area of your life. Keeping tabs on what you do and who you speak to.

What the hell just happened?

Trying to rationalise ‘what just happened‘ when you are trying to figure out a sociopath, is a time wasting exercise. They will never give you the answers. It might appear that they do this deliberately, creating mayhem in your life. The truth is, that if they feel that they do not have 100% total control over you and your life, they lose control of themselves.

This is an odd concept, considering that they are capable of using both parts of their brain at the same time. They are able to think fast, strategically analyse a situation. But when they feel that they are losing control of YOU, (and they don’t want this), they will always lose control of themselves. It is odd, as at other times in their life, they  are always striving to be just that, ‘in control’. Losing control of you, they lose control of themselves, and then things really spin out of control, as now  they feel that they have lost control of both you and themselves – without control. There is nothing.

Keeping control, is the fabric of the sociopaths life. The thread that ties them together. They always need to be in control. They might appear chilled out, fun, upbeat, charismatic and charming. But this is always behind the mask of the desire to control. Always they are pulling the strings, and you (whether you know of it or not) are the puppet on a string, and they are the puppet master.

You will watch the colour drain from their faces, they rant and rage, there can even be violence where they physically restrain you. Nothing makes a sociopath crazier than losing control of something that they think they own ‘their partner’, which causes them to lose control of themselves.

Sociopaths see their partners as possessions, they are not people in their own right, with their own views, and their own rights to have independence. They cannot understand how somebody could possibly want to be ‘independent’ and still be with them. This to them, is an alien concept.

The sociopath see’s you as THEIRS. Literally THEIRS. Something that they OWN.They see what is yours, as theirs (and what is theirs is theirs).  This sense of ownership explains a lot. It explains why sociopaths can steal from you at the end of the relationship (and often during the relationship too). They take, because they think that it is theirs to take. After all, you belong to them.

The same concept is apparent with JEALOUSY. All sociopaths suffer from jealousy. There is real and fake jealousy (see also the post https://datingasociopath.com/sociopath-character-traits/sociopathic-need-for-control/real-and-fake-jealousy/ )

Sociopaths  have an irrational sense of ownership, control, dominance and of course this includes jealousy. Sociopaths don’t spend all of their time with you, because they just love you. They do because they own you, and woe betide anyone else who they perceive is trying to stake a claim on THEIR PROPERTY.

Sociopaths will do anything to remove a competitor, and will do almost anything to ensure that no other competitor comes close to you, or to be a real or perceived threat. They:

Due to this – sociopaths always makes EVERYTHING GOOD – ultimately BAD

Sociopaths cannot tolerate things going well, or your life being good, calm and happy. When things are good, you as a prized good, become more prized, and therefore (in their mind) more likely to be lost or stolen, so the control escalates.

They do  not fear very much. But they do fear losing control. While they are able to mould you, to shape you, to mirror you to be an identical copy of you -if you were to leave, they would need to find another source. Or they would feel very empty indeed. Sociopaths rarely leave relationships, unless they have already sourced another supply to go to.

To keep control, sociopaths compartmentalise everything and everyone. What this means is that they try to have full control over your life. While keeping their own life private and secret. They keep people apart from each other. They are allowed to have seperate relationationships, but they do not like you to.

How many new people and new friends did you make while in a relationship with a sociopath? You might have had old friends, but new friends are always viewed with suspicion from the sociopath. Either:

They see you as a possession, someone they own, a good that is theirs. They OWN you.

Sociopaths will do (unless they have a new source) almost anything to retain control, and to retain ownership of YOU.

If you back down…. the cycle will repeat, over and over. Until you have had enough and walk away, for good.