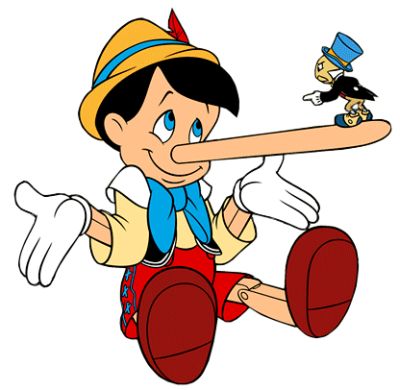 I remember the very first time that I ever told a lie. I was four years old. I can’t even remember now what the lie was. But I do remember that it was the first time that I had ever told a lie. I was stood outside of my house, swinging on the front gate, talking to another child in the street. I also remember clearly how it felt to tell that lie. Telling lies wasn’t something that I developed a habit for. It made me feel bad. I was as naive in adulthood as I was in childhood. It didn’t occur to me, that there would be people who found it easier to lie than they did to tell the truth.

I think that despite some wisdom, I must have  been fairly naive, as I believed everything that I I was told. Even clients at work, when I had been informed that person was a liar, I STILL believed them. I thought that perhaps they just lied because of their issues with drugs or alcohol, or mental health. Whatever it was. I never really saw it as a big deal. I would prefer to see people as honest. I didn’t suspect that clients were lying, until I found out that they had lied. Even then I made excuses for their behaviour. That was the type of person that I was.

I didn’t  think that regular people, who seemed fairly normal, told lies. I didn’t think that normal people did that. Perhaps I just didn’t associate with people who told lies, or that I was blind to it. I knew that we all told white lies, everyone did that, which really was more in the line of ‘excuses’, being polite and respectful, or saving someone else s feelings. but not lying to manipulate and deceive. Looking back, I probably told the charismatic sociopath this. Actually, I know that  did. I remember the conversation well, in the beginning……

Me: Last guy, I caught him out on a few lies, I didn’t even think that adults told lies.

Me: Lying is the one trait I cannot stand. I cannot be with a liar, if you lie to me, that is it the relationship is over

It wasn’t just words either. I meant it.

So what changed? Why did I change, and why did I allow my own boundaries to be broken down? Why did I change my own morals and values, and tolerate somebody lying to me, when it was a trait that I hated?

He was lying from the beginning, but even at that time, I was still very naive – my LIE-DAR , was never switched on. I didn’t anticipate it expect it, or think that somebody who loved me would lie to me. I wasn’t a total Luddite, I knew that people would lie to save their own ass. But, out and out lies for no reason at all. No. I didn’t expect that at all.

As I write this, it makes me realise, that I really was – just TOO TRUSTING. As I am an honest person, I expect everyone else to be. Of course, this was now, according to sociopath assessment, my weakness. If I hated lying, and I hated liars, nothing would upset me more than to not be believed, to be accused of something that I hadn’t done. Or worse, to be made out to be a liar.

The thing about liars, is that they lie to you, and once you are hooked, it is actually easier to  believe the lie, than it is to accept the truth, that you have been deliberately lied to. This is what happened to me. You see, I liked him. I liked who he was. We had a lot of common interests (that were genuine). I suspected that he was lying from the very beginning, but I didn’t WANT it to be true. So, rather than accept and face that he was lying. I would lie to myself, that actually he probably wasn’t.

I had read those magazines, where people were paid for their stories. It was always ‘someone else’s life’. I never imagined that it would happen to me.

I wasn’t stupid. I was paid to understand behaviour. I had worked with so many people in my work. Most people couldn’t get one past me (in terms of clients at work). I would see it, eventually the lie, with clients. Yet, in a personal relationship, it was different. I never expected a partner to lie to me. This was another thing that I said to him:

If you lie to me, I will find out, I would always know

I wonder now if he saw this statement as a personal challenge?  As swiftly, the lies went into full swing. I do not know whether it was to deliberately deceive me, or whether he grew carried away with the lies that he told, that grew bigger and bigger, until he actually became the lie.

The first time that I caught him lying to my face. I will never forget. It was when he had told me that someone else had said something to him, in a derogatory way. I didn’t know at that time, but the sociopath had read my computer. Again, at that time I was too trusting. I left my computer on, and apps like Facebook were open. I also had a Facebook app on my phone. So information could always be read. I would leave my phone lying around, and leave my laptop open and logged in.

That is the difference between a liar and honest trusting people. As human beings, we always expect other people to be just like us. So, I therefore expected him to be honest (after all, he was doing a good enough job of mirroring me in every other way, so I thought he was just like me) – I am honest, so he should be too. I had no reason NOT to trust him. Equally, as he was the liar, from his perspective he had no reason to trust me.

We had been at a friends, and had stayed overnight. I didn’t know that he had read my Facebook conversation with the friend who said that he didn’t trust him to me, in a private conversation. The friends view had not influenced me in anyway. I am not the type of person to listen to others. I make up my own mind. The sociopath reading that this person had told me this, went into paranoid thinking. This was the first time, that I saw him try to remove someone from my life. Over the years that we were together, he would remove many.

That day, he looked me straight in the face and told me that the other person had attacked him and called him names. I looked at him, I knew the person he was accusing really well, I knew that he hadn’t said the words that my socio was describing. I knew that this hadn’t happened and that he was lying. I challenged him, and said ‘this is a lie. I know you are lying’. He stared at me right in the face, looked directly into my eyes with a fixed stare, and said

I am not lying, do you want to go to his house and I will prove to you?

I stared back into his eyes and simply said

I KNOW you are lying. I know that person really well. I KNOW that they haven’t said that to you

Oddly the image of his eyes staring right into my eyes, whilst I knew he was lying, was an image that was to burn in my head all of that day, and then for the rest of the day. At that moment in time, I was so angry, I didn’t know if I wanted to be with him anymore.

I guess, he remembered what I had said to him, that if he lied to me, it would be over. Rather than being a normal person, and admitting to the lie. He couldn’t really do that, and admit that he had read my personal information, and that he wanted that person out of my life, as he saw him as a threat. Instead, he went downstairs, took a ‘call’, and then suddenly he became panicked. (Apparently) the call was from his ex’s partner. Saying that she had been admitted to hospital. It was critical, with cancer, and she was going to die.

I couldn’t believe the timing of it. I also felt pretty bad, but I didn’t believe him either. His eyes where he had been lying to me, bore into my thoughts. The rest of the day was dramatic. Tears, drama. He took to his bed, and led with a photo of his daughter in a frame, as she was now about to be an orphan.

What do you say in that situation? Realistically, it felt just a bit TOO coincidental. Yet, despite my reservations, I still really didn’t believe him. I was made out to be a bitch, uncaring and thoughtless. Of course, this whole drama  (unbeknown to me) was now going to be an elaborate lie, that would now spiral. Until he became the lie.

He would now spend the next few months with this lie, and it grew bigger and bigger. Until things had gone so far, he eventually left. Well, not before clearing out my bank account.

Looking back, this was one of the biggest signs, lying. I was naive, stupid, just TOO trusting.  I had worked in a profession where I saw the good in everyone. Or at least I tried to, everyone was good, right? We all made mistakes in life, but we all had ‘good’.  I still believed that people could be fixed. This is the way that I used to see life, and other people.

Perhaps it is better that I now see the truth today. Not everyone is honest. Not everyone tells the truth. In fact, there are people, who tell the most outrageous lies, that you would never suspect that it was a lie. Sociopaths lie about things, that nobody else would. They cleverly weave their ability to lie and deceive, with a lack of conscience, and a sprinkling of the truth, to make the outrageous lies appear believeable.

Can you remember the first time that you caught the sociopath in the lie? Why did you stay? What were your views about lying prior to meeting the sociopath?

Was I stupid, thinking that really only addicts and children lied? Or was it that I just simply didn’t WANT to see?

Sometimes…. I miss living in the world where I thought that people were honest.

What are your thoughts?

389 thoughts on “Can you remember the first time that you caught the sociopath in a lie?”