Why has this happened? Why me?

When the relationship with the sociopath ends, there is much confusion. You have been lied to, deceived, manipulated. You are left, hurt, confused, bewildered, and in the fog. Nothing makes sense. It is common to ask the following questions:

Feeling this way, and asking the question “why?” and seeking the answer for this, is a normal human reaction. What you have experienced is not normal. It is not what we are told is normal to expect from a relationship. Often, we didn’t know that people like this existed. I honestly believed that only children told lies. I knew that adults lied about small things,  everybody tells white lies, but I didn’t understand or fully comprehend that adults lied. Not just small lies, but massive outrageous lies.

This can make you question yourself. You can question what is real, and what is not.You can become desperate for answers to the question why? 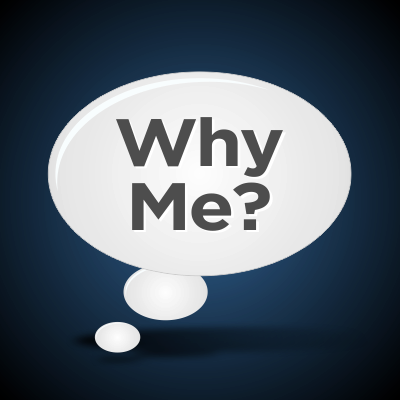 Often the relationship with the sociopath ended suddenly and without warning. Because the sociopath is manipulator and deceptive, he would have been planning his escape, behind your back, long before you were aware. It is only after the relationship has ended, that the truth begins to emerge. It is not always this way, but a sociopath rarely admits when he has done something and so even if you suspected that he was cheating, or that he was planning his escape behind your back, he would have denied it, and likely accused you of making a fuss, and causing a scene. He would have told you that you  were being crazy. This is classic sociopathic deception.

The sociopath has the ability to leave the relationship, empty without closure. Sometimes this is so that they can return, if it suits them to do so, but always it will be because he doesn’t really think about how you are feeling, and your welfare. He doesn’t see how he has a responsibility to give you answers.

You could be left begging for answers. Trawling the internet trying to seek the answer to ‘why’ to fully understand.

Whilst it is true that some people are easier targets for a sociopath, if they are vulnerable, or lonely, or in need of something (which the sociopath will skillfully assess and offer you), at other times, there is no reason why? It could be anybody that has what he wants and needs (and thinks he has a right to)

It isn’t that you are stupid or weak to have believed in him. You need to remember that he is the master manipulator and would have played a role tailor made to seduce YOU. He would have assessed your needs and wants, and then became your ‘perfect man’ to lure you in.

It isn’t that he has lied and deceived only you.He has done this before, and he will go on to do the same to the next person, and the one after, just as he has in previous relationships. If he has cheated, and gone off with someone else, she isn’t better than you, as he will do the same to her too. Sociopaths get bored easily. The need a challenge. As they have little else in life.

There is only one answer to why…. and that is, that this person is a person with a disordered mind. It has no reflection on you at all. It is a reflection on him. You will gain answers in other ways, by learning about the disorder, and if you talk to other people who have been involved with a sociopath, you will realise that every sociopath does the same thing. Every narcissist does the same thing. If you read about sociopathy, you will realise that whilst your experience was not a normal experience for you. The behaviour is normal for sociopaths and narcissists.

By learning and understanding, the more that you read, the more that you learn, the quicker you come out of the fog of confusion and begin to heal. You can start to let go. The psychological damage to you, is your problem and you might feel bitter and angry. But anger and bitterness does not last forever. Neither does confusion.

This is a poem that I found on the internet, by Lucy Gossen. It was before I discovered that he was not only a compulsive pathological liar, but a sociopath. It makes sense.

Everything that comes out your mouth is hot and black like treacle,
Never once have you said anything other than anything deceitful.
You’re poisonous and toxic, dangerous and deceptive,
Consuming all around you and so relentlessly receptive.
Swallowing each indiscretion and choking on your fumes,
While all around you are but pawn’s for your own use.
Stained with the vague idea that you are a ‘person’
In reality I watch as your psychosis gradually worsens.
The only thing I know for sure; your gender and your name,
Behind closed doors and cold surfaces I watch you shift the blame.
The feelings that you say you feel are all just a charade,
Never once have you been genuine, never let down your guard.
But I’m the one whose laughing now, I’m the one that’s real,
I have the ability to love and to care, the ability to feel.
You’ll never be more than a shadow, a watery reflection in the mirror,
And by default I am everything you’re not; I’ll always be the winner.

Lucy Godden
Lucy wrote this poem about a compulsive liar. But it describes a sociopath perfectly. YOU have the ability to love and to feel. and unfortunately he does not. And he never will. You will go on to have happy and healthy relationships. This is something that he will never master.
You are free, seek out information about narcissism, sociopaths, psychopaths. The more you read, the more you understand, the more you will see that this was never YOU.
The only answer that there is, is this is a personality disorder. Something within him. Not you. You are free. You are free to go onto live your life. Your pain will not last forever.
Read the post about recovery from a sociopath. Follow the steps to heal and recover. Take care of you. Learn what you  can as those answers, will be far more reliable than any offered  by  a compulsive pathological liar.