Aside from the stalking, bombardment of communication, and lies about you, as well as other losses, one of the most difficult things to come to terms with at the end of the relationship with a sociopath, is grieving the loss of the person that

you thought they were. 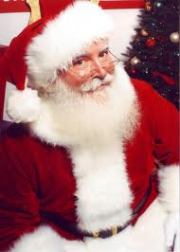 At the end of the relationship, you can feel a sense of loss, as you realise that person that you were with, didn’t actually exist. It was all  fake, all a lie. You had been manipulated, conned, and deceived.

It is quite common to want back the person who you thought you were in love with. Unlike other abusers with other personality disorders, the sociopath is often openly helpful, and to your face can appear kind (that is until he loses control of anything and the narcissist rage occurs).

You struggle within yourself, how can this be? You long for the support of the loving supportive partner, but they doesn’t exist anymore.

This, can be absolutely devastating. With a normal break up, you know what you are breaking up with. You know that you have rowed, and maybe the relationship had came to an end. But the ending with the sociopath is entirely different. For a number of reasons

You might try to reach out to the sociopath to take away this pain. The sociopath will either

Realising that the person behind the mask is different to the man that you thought you were in love with, is alarming and confusing. More than likely you suspected that this was the case for a while, when things didn’t add up, and you were lied to further, and manipulated some more.

It’s as heartbreaking as discovering that Santa is not real as a kid….. once you know…. there is nothing you can ever do to change the truth. The man that you were in love with, just like Santa, can never be real again. It was all just an illusion.

32 thoughts on “Grieving the person you thought they were”

Follow Dating a Sociopath on WordPress.com
Join 6,859 other followers