Whilst most people do things out of the goodness of their hearts as it feels good to help those that we love and care about. When we think of others we have the best interests of those that we care about at heart. The sociopath does not think like this.

The sociopath, comes into your life with an agenda, and leaves with one too. While you are thinking that maybe you would like to date, perhaps to find the right person to settle down with and marry. The sociopath will feign all of these similarities to you, but his purpose is not to realistically give you what you are seeking, but instead to con you into believing that this is what he will offer. The sociopath has no intentions of giving this to you. They always have a hidden agenda.

What the sociopath wants can be anything. Sometimes, he seeks out someone that can offer him what he wants, and will use deception to obtain it (by lying, manipulation and deceit). At other times, he is offered exactly what he wants, by somebody who has a lot and is bragging about what they have and how successful they are. Whatever it is that you have a surplus of, the sociopath thinks it is their right to take it, and if it is something that you need, the sociopath will ‘sell’ it to you. Even if they do not have it to offer you, they will make out that they do. The sociopath is always the salesman without the product.

From the start of the relationship, right to the end, the sociopath has an agenda. The agenda could be anything from:

When the sociopath leaves, this is with an agenda too. He would have carefully planned his departure behind your back. The sociopath is untrustworthy, and this can leave you feeling with a lack of trust in people and in life.

Whatever the sociopath is using you for there is ALWAYS an agenda. You were blinded by ‘love’, by what you could offer, and thinking of sharing a life and everything that you had in your life. The sociopath was offering you back an illusion a web of lies, and deceit. Always there are false, empty promises.

The sociopath will sell his false empty promises with the persuasive intensity of a car salesman trying to get the sale of a car. The intensity of their false sincerity leaves you to believe that their promises are real.  The sociopath is clever and will put a mirror up to you, to offer you, exactly what you want and need. This is made easy, as people talk too much about what they do not want, are so keen to impress that they show their best side, and talk about experiences that they do not want to repeat from the past. 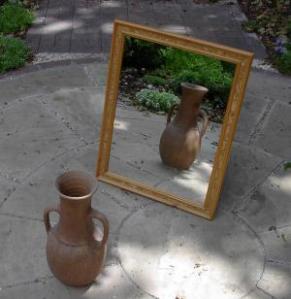 As open, honest and trusting people, you make the work of the sociopath too easy. By

You will notice that all the sociopath really has to offers is simply ‘words’.  Words are something that he does well. He is simply selling you what you want, and what you need. The sociopath is not held back by emotions or by thinking about YOUR emotions. The sociopath operates not by emotions, but by thought and strategy. He does have an agenda, but it is never the one that he presents you with. The sociopath always has a hidden agenda. He is the master of presenting the world of illusion and leading a double life. The one that you see that he presents you with, and the hidden agenda, that is always behind your back. This is a dual double world, which can leave the victim confused. Holding onto the illusion…..

Remember, just like the magician card, this is ALL that it is…. an illusion, and the illusion is well thought out by the sociopath, by the agenda that he presents to you, and the hidden agenda that he plans and acts out behind your back.

9 thoughts on “The sociopath and the (hidden) love ‘agenda’”