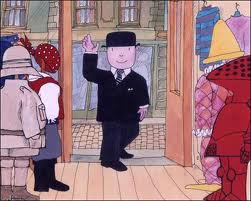 As many of you know my ex knew about my work writing about sociopaths. For the first six months writing this blog, he was fairly distant from my life. Occasionally he would call or text ranting that I had written something wrong. ‘THAT isn’t true!’ he would protest indignantly.  Whilst he didn’t mind too much about my blog, he really did object if I wrote something that wasn’t true (as he saw it)

Throughout the time that i was with him, in varying capacities, his story constantly changed. It would always be what the other person wanted to hear. There was one sentence that he would almost always say to me, after we had had a fight and for the 5,000 time we were closing our liason together, he would always say:

I will be ok,you forget, I can be whoever I want to be, remember?

As he had always said this statement, it was the one sentence that did register in my mind. After all,after the second year of knowing him, I admit that i did tend to switch off. For two reasons, firstly, he would talk non stop, about nothing in particular. Secondly, I never knew if he was lying and to my mind it took energy to actively listen to someone. I therefore stopped listening. I just gave a polite nod or a smile, or said yes at the appropriate times. I had become quite skilled at inactive listening.

It was tonight that I was thinking about this concept. I was looking at M E   (female sociopath from sociopathworld) twitter feed, and   I saw these quotes, which reminded me of my sociopaths quote about being who he wanted to be

The problem is, once sociopaths stop experiencing a relationship to be pleasurable they stop being nice because they are not nice people

The only thing sociopath is in love with is the idea of what he can get from the person. The more he can get the more he is ‘in love

The sociopath is the salesman without a product.

I thought about these statements, and also the socio in my life, who had openly told me many times, that he would be ok, as he could be anyone that he wanted to be.

If the sociopath in your life, suddenly changed at discard, and you were faced with a different person. Remember that this is because the sociopath is the showman, the illusionist. What has changed, is that the sociopaths ‘mirror’ has changed. No longer are they mirroring you. They have, sourced alternative supply behind your back, and are now being someone else.

This also reminded me of a programme that I watched as a child. As most readers from this site are not from the UK, you might not remember this. It was a children’s programme called ‘Mr Ben’, in this programme, a man each episode, walked into a shop. The shop was a fancy dress shop. In the shop there were many costumes, and you never knew who Mr Ben would be this episode, until he stepped out of the dressing room with his new costume. Each week, he would be a different person. Which as a child, was exciting. Spaceman, Pirate, Clown, who knew what Mr Ben would be today?

Whilst, the sociopath does not go to such lengths as to wear a fancy dress costume, that everybody can see, they do indeed wear a mask, that mirrors the situation that they are in, for their own benefit. When the relationship no longer serves its purpose to the sociopath, they can swiftly change who they are to fit into their new environment. The person that was declaring how you ‘were their soulmate’ or ‘the person I will spend the rest of my life with’ all of these claims, is now gone. Now they are mirroring somebody else. Being a reflection in the looking glass to somebody else. It hurts you, as no longer is that reflection – you.

This is the real reason, why the sociopath keeps their own life private, whilst knowing EVERYTHING about yours.

54 thoughts on “Sociopath’s can be whoever they want to be!”