Have you ever wondered why did the person I was with cheat so much? Has this person any clue how much their actions have hurt me or destroyed me? 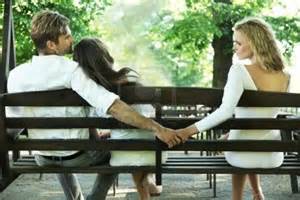 Why do sociopaths cheat?

The sociopath rarely cheats because he has met the love of his life. He cheats, because the opportunity is presented to him. The sociopath will take on the persona of people that he is around, so being close to other people, gives new dimensions to his own personality.

Quite simply, the sociopath cheats, because he can. Without guilt or remorse, there is no reason not to. He doesn’t particularly make long term plans, and tends to act within the moment, if an opportunity arises.

Remember that the sociopath does not have the same moral compass as non-sociopathic people. Other people learn that cheating is bad, as it hurts people. It causes pain. The sociopath doesn’t learn from past mistakes and will repeat the same behaviour over and over.

The reason that some sociopaths will cheat repeatedly is:

Betrayal is one of the worst feelings in the world. You have been betrayed, you feel stabbed in the back. You can ask yourself the following questions

It can really impact on your confidence, and self-esteem. You need to know the reasons why he probably DIDN’T choose to cheat

Why do some sociopaths cheat and others do not?

Sociopaths are like everybody else in the human population. Whilst they follow similar patterns of behaviour, they are all different. Every human being (including sociopaths) will be affected by their own environment and how they were raised.

You might ask the question, but if they do not learn from past behaviour how are they all different? Each adult human being is affected by the following:

This includes sociopaths too. So, for example if a person who grew up to either be a sociopath or with sociopathic traits, if in childhood the father was always unfaithful to the mother and this had a profound developmental impact on the sociopaths childhood family life, and therefore developmental learning, he might display the following behaviour (not all, it could be any of the following), dependent on the personality of the sociopath (as I said all are different) – although they follow similar patterns of behaviour, they can be different also, you could find that the any of the following is possible:

How to recover when you have experienced the betrayal of infidelity

When you first discover that your sociopathic partner has cheated, it can be devastatingly heart wrenching. The sociopath is a liar and deceptive and to your face will do anything to protect the lie. Often the usual signs of infidelity will be absent. This is because the sociopath is used to being deceptive and lying, and feels more comfortable with the lie than the truth. The sociopath also feels no guilt remorse or shame. So will continue to lie, and unless you are smart, will not be caught out (unless he wants you to find out about it).

This can make the betrayal feel more acute, as just when you are coming close to finding you the truth, the sociopath will lie further to distract you, confuse you, or worse still, accuse you of having an affair to cover for himself. The sociopath is a master of words, and a master of illusion. He suffers with a poor boredom threshold. He also enjoys conning and duping people and getting away with it. This gives the sociopath great pleasure.

115 thoughts on “Sociopaths cheating and infidelity”