I know that a lot of sites that write about sociopaths from the non sociopath perspective do not welcome sociopaths to comment on their site. 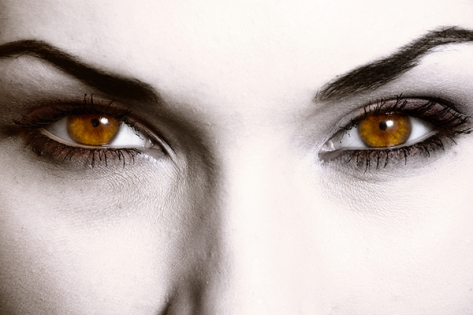 I do want to share sociopath thoughts here simply because –

The truth is that  you will NEVER get answers from the sociopath. Not ever in a million years.  For this reason,I  find their comments useful. The sociopath in my life would NEVER admit anything, even if it was damn obvious and there was evidence. It would only enable him to play more stupid denial games, which is just tiring.  But, as we all know, this is just the way that they are.

There are quite a few posts on this site with comments from sociopaths on these posts. For some reason, sociopaths (my ex included) become irate where it is written that they cannot love. I am unsure if this is because their cover could be blown, or…. if they don’t know what love is?

Another viewpoint from a female sociopath

I read this today from a commentator called ‘nobody’ and thought it said a lot, that did match what i had observed, but explained in words, that I could not. It probably isn’t pleasant reading, especially if you are still in love with your ex. But the truth will always set you free.

I don’t love like you do, and I wouldn’t describe it as love, its a feeling you’ll never experience and can’t relate to, just as I can’t relate to the love that you experience.
My form of love is a feeling of admiration. I look upon my love interests as ideals, and I can mirror them back to themselves. I become them for a little while. Sometimes I forget that I am no one. I don’t have an identity so I’ll immerse myself in them, and i can easily forget that it’s all a facade. I’m forever searching for a purpose or identity and for a brief period i have one in them. I usually go for the mentally unstable, those in desperate need of someone. I’ve been told on several occasions that I arrived just at the right time and that I saved them in a way.
My love is a form of protection. I’ve taken care of a few threats to my love interests. In high school the group of kids bullying him got expelled for drugs planted in their locker. It made me mad when things hurt him. He was my little mouse, too frail to protect himself from the world, and I had to do it for him. In return, he bought me things, amused me, and had amazing sex. He was really mentally unstable, more so than any other mouse I’ve encountered. I had to save him from suicide on more than a few occasions, and I was only the cause sometimes. On some days he couldn’t get out of bed and I tried to help him. I protected him from himself quite a lot. I wasn’t inherently good or evil. I never hurt him physically. I yelled very little, and we didn’t fight much. I didn’t cheat that much, maybe once or twice and he never found out about it.
When he left i was angry. Usually I’m the one to break it off and I have no idea why he did. I think he saw through me. There was no fighting or anything before he just wandered off. It hit me hard though. I had to lose the identity i created and realize that i was no one again. I was really bummed for about 2 months, and then i just blended back in and created a new identity all by myself.
It’s really odd that I compare him to a mouse I just realized. I used to torture mice when I was bored, and that’s kind of what this was, except he didn’t die and we both benefited somehow.

Still, a lot of the posts on this website piss me off, but it helps me understand the mice a bit more. Although some things are just plain rude. We’re not monsters like you say we are, we can do monstrous things, but so can you.

Additional posts on this site, with comments from sociopaths are these ones

Another one from a female sociopath

Sociopaths do ‘mind control’ and brain wash you. Once you see the truth, you see the light – and you cannot ever be controlled in the same way again.