I probably haven’t lived the easiest of lives, yet I am a firm believer, that everything in life happens for a reason, for our higher self, and our greater good. 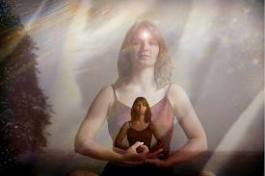 I believe that the things in life, that are the most difficult to overcome, to even start to see a light at the end of the tunnel. Those things, for which you feel there is no end. One day, there will be an end. After healing, you will look back realising that you have a far wiser head, than the one that went into the relationship with the sociopath.

Sometimes in life, you have to experience what you DON’T want, to know what you do want

It is difficult, to aim for things. To build new goals, and have focus in life sometimes. How can you know what you DO truly want, when you don’t know what it is you really don’t want?

Sometimes in life, we need to meet the illusion. Someone who comes into our life, and represents everything that we do want, and then to experience that was all a lie, to witness the difference. To discover within ourselves, what we are searching for and to learn to trust ourselves. There is no greater teacher, to trust help you to learn to trust yourself, than the liar.

You feel disillusioned, struggle to let go of the ‘dream’ that you were sold in the beginning, where everything felt so absolutely perfect. You had no idea that later, that perfection would melt to lies, deception, control and betrayal.

You want things to go back to that honeymoon period. The time of lies, deception and seduction, as often, this is where, for perhaps the first time in your life, you discovered what is that you thought you really wanted.

It can be difficult to come to terms with the reality that it was all a lie. An illusion. Where do you go from here? How do you heal the sense of betrayal and deception?

You realise, that the secret of true happiness, was within you. It was always within you. The sociopath was a mirror illusion of you. Representing all of your hopes and dreams and everything that you wanted.  The ‘mirror reflection’ of you.

Now that you have seen what you wanted. Do not pine after the sociopath, as often they will happily sell you back your dreams again (through seduction techniques), instead, focus on you. Start looking for what you REALLY want in life.

You cannot change the sociopath,  but you can change you. Now that you know what is important to you, go find it. Find your own inner happiness. Nobody else can make you happy,  but you.

Realise that the sociopath wasn’t the person of your dreams, but merely showing you what your own dreams were, and what it was that you were looking for, seeking in life.

Now that you know – what are you waiting for? …….Don’t look backwards, look within…. and there you will find what you were searching for all along.

80 thoughts on “There are no mistakes in life – what did you learn? Or how did it change you or your life?”