You know that sinking feeling, when you walk into your home, and you have been burgled, robbed? A thief had came in the night, into your home, and robbed you of everything? This is how it feels, and the heartache and sense of loss that you feel, when the truth comes out about the relationship with the sociopath.

Worse, is the feeling that you went out for the day, and left the burglar with the keys to your home, so that they could ransack and take what they wanted.

When the relationship ends you feel empty. Just empty inside. Of course you do, your life has been ransacked and robbed. What is worse, is that happened at the time when you were trying to HELP him!!

The sociopath meets you, analyses you, and talks the talk, to see if you have what he wants. He asks plenty of questions, to find out  –

Remember that the sociopath has to carry out robberies on other people, because their own sack is empty. Even if a sociopath had a million pounds, they would fritter it away on gambling, or drugs, or anything else. Nothing stays in the sociopaths possession for long. The sociopath makes a career living off others. They feed off your energy, your wealth, your social life, your friends and family, your body, everything, and if you have material possessions, they will take those too.

Why should you have something that the sociopath doesn’t have? The sociopath already knows that he has no conscience. Relationships are to him, opportunities and he is an opportunist. Nobody in their right mind would give the keys to their house to a known burglar. That would be stupid. The truth is, you were in a relationship with a burglar. Someone who steals hearts and souls, and everything else that you have to take. When he has taken all that he can, he goes one further  by spreading lies about you. Malicious gossip. With the intention of keeping you isolated from people, so that the real truth about him, will not be exposed.

You don’t know where to even begin to pick up the pieces and sort out the mess and the carnage that has been created. Your life feels like, it has just been RANSACKED…. 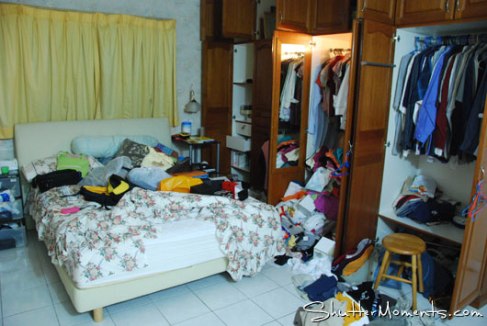 The worst feeling is the sense of betrayal. Also stupidity. As you allowed that person into your home. Likely you fell for the victim sob stories. You had no idea that whilst he was asking you questions, that he was assessing you for your worth, and what he could take from you.

Whilst you did all that you could for him, not only does he rob you and bleed you dry, he continues with his hate campaign after the relationship has finished. You will realise that to cover for his own tracks, he is out there, with a smiling charming face, telling everyone that he can how awful YOU are. And if you try to object, YOU are the one that looks crazy.

The sociopath will feed you with false information, telling you how everyone hates you. How nobody likes you and how he met this person x y z and they were saying this about you!! DON’T REACT!!!!

I reacted, as I have written this has happened to me three times in a row. I was in so much pain, I did exactly that, i reacted. it made the situation a whole lot worse, and only reinforced what the sociopath was saying about you, that YOU ARE CRAZY!!

How do you manage to pick up the pieces of your ransacked life, now you are living in a world that is now in pieces?

And with friends like that….. always remember, if they couldn’t be with you when your life was at its worst, they certainly don’t deserve to be in your life when it is at it’s best!! 🙂

Love you, love yourself. Realise that true happiness comes from within. Take step by step approaches to sort out the carnage of your life. Rebuild a little piece at a time. Write a list, and tick off the list as you achieve.