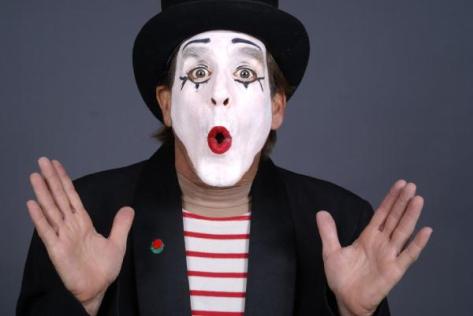 Living in the world of fantasy was something that we all did as children. We would watch stories of magical fairy tales on the television and read fantastical children’s stories. We were raised with the Easter Bunny and Santa. But most of us grow up and live in the real world. The sociopath is different to this. For the sociopath the fine line between truth and fantasy is more than a little blurred. We all think that we would know a liar if we met one. But the sociopath is the master of illusion. After a while being with a sociopath you can start to question your own mind.

The bigger the lie – the more believable it is

There is an old saying that the bigger the lie, the more likely it is that others will believe you.  The sociopath can tell such elaborate lies, that it wouldn’t occur to you that it is a lie. After all who would make up that someone was dying of cancer? Or another lie of such an elaborate nature? The sociopath does this with confidence, and can stare you straight in the eye when telling elaborate lies.

Sociopaths are fabulous actors/actresses. I didn’t know that it was possible for someone to turn on the tears just when they feel like it. I can only cry when I feel sad. I try not to also. Or I try to hold it back. The sociopath can do the whole balling and wailing elaborate dramatic flailing of arms. This is the mask of deception.

Do sociopaths actually believe the lies that they tell?

Initially the sociopath knows that they are lying, it is a deliberate act to manipulate you to get what they want from you. However after a while the line between fact and fiction can become very blurred and the sociopath working so hard in their acting disguise can almost believe their own lies. They become the lie.

Illusionist tricks to back up lies

The sociopath knows that you HAVEN’T asked for proof. So they volunteer it anyway. In your normal mind you don’t think that anyone would be stupid enough to offer proof – or evidence –  if it wasn’t true.

I knew someone who would go as far as to have actual conversations in front of me – he later confessed that there was never anyone else on the phone. He just faked this by setting his alarm for his phone to ring. This was a great tool for him as it allowed him to tell all kind of lies – and an easy illusionist fake ‘proof’ that he wasn’t lying.

The sociopath is expert at getting you to doubt your own mind. Or to make you feel bad for thinking for yourself. They play on your emotions, using love to manipulate and fear to control.  You can have a nagging thought at the back of your mind telling you ‘this just isn’t right’!! Remember that not only is the sociopath the master of illusion and deceit, he/she is also incredibly manipulative. Will manipulate your need to do the right thing, manipulate your ‘goodness’

If you hear the nagging words in your head. Or the pull in your stomach telling you that this just isn’t right. LISTEN to YOU. NOBODY else is more important than you are. This might sound narcissistical, but it is not. You are a better partner and person by being whole within yourself. I am not talking about paranoia (as no doubt the sociopath will accuse you of being), just listen to yourself. If the actions do not match the words, pay attention. If you have that feeling something isn’t right. Don’t feel bad for the other person. If that person cares about you, expressing your concerns should not cause rage.

When catching the sociopath in the lie you will always witness

Suddenly all of your energy is spent defending yourself. This again is a manipulative tactic by the sociopath to distract you from the real truth.

Sociopaths do not do things by halves. They do not do half measures. Neither do they do 100% – just to make sure they always have to go to town and over the top. They do 120%. If it looks fake, sounds fake, if it seems just too good to be true. It probably is.

Not only are sociopaths dramatic actors, they LOVE drama. Remember that life is a game to sociopaths, and you are just actors in the game of life for them. When interacting with you, they are merely playing the game. Sociopaths hate to be bored. So, if there is no fun going on, they will create entertainment. They will create their own fun. Often this will be at your expense, although you might not realise it at the time. You might just feel bad about yourself.

Your needs are not important – the sociopath is always centre stage

To the sociopath, he/she is always the lead player in the stage of life. You are just supporting actors/actresses. Supporting to the sociopath – to make them look better. It is never about you or your needs (even when they pretend that it is), it is always about them. How to be the centre of attention.

The sociopath can be whoever they want to be. They can fake anything. If it gets them what they want. Next time you hear the alarm bells ringing, stop being the nice guy – follow your own gut and intuition it will rarely be wrong. Learn to trust yourself. Learn to listen to yourself and your own inner voice.

99 thoughts on “How Sociopaths use illusion to cause confusion”