One thing that can confuse victims of sociopaths is their ability to ‘be kind’. Just as you have decided that you have had enough, that you want to leave, and to get out of this abusive, controlling relationship, the sociopath switches, and becomes ‘Mr kind’ ‘Mr caring’ and ‘Mr compassionate’ . This is often much to the annoyance of those who have been supporting you to leave. As now, you are at risk of being lured back in by the sociopath. 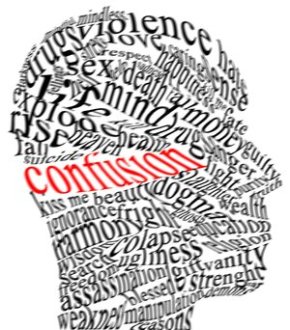 Any ordinary person, even an abused one, will get to the point where they have to leave for the sake of their own sanity. Nobody can endure being hurt over and over.

The sociopath will realise that berating you, is getting nowhere and that he is losing his grip of control over you. Perhaps you have decided to have nothing to do with him, that you are establishing no contact and bringing others into your life for support.

A sociopath is always able to read you, to assess you, to analyse you. And when he feels that he is losing grip of his latest victim, he can then be unbelievably kind. You will start to question your own judgement. You read the DSM list of criteria for sociopaths. Kindness is not listed, so you reason, perhaps you are wrong? Maybe he isn’t a sociopath after all?

What the sociopath is doing is returning back to stage two – Seducing/Gaming. If you recall I wrote earlier how there are three stages with a sociopath. And he can revert back to earlier stages, if he hasn’t yet finished with you, and you still have further use to him. The three stages are:

It is important to stick with what you feel. To write down what is happening to you. Listen to your inner self, and your gut feeling. You might feel that because the sociopath is being kind and that perhaps you have it wrong? That he isn’t a sociopath after all?

You are being lured back into the fairy tale of who you want him to be, that person who in your mind, you fell in love with, but who didn’t exist. He is now about to sell you the fairy tale for the second time.

What you feel, is maybe he does love me? He seems to care about my welfare, and how I am feeling? Maybe your assessment of him is wrong, and he isn’t actually a sociopath? You start to breathe a sigh of relief. Now you can return to the illusion you had before. He is actually a normal person, not a sociopath.

For the sociopath, it is not about how you are feeling. He is not thinking about your needs, or your welfare, neither does he care how much you are hurting (although it might seem that way).  To return to the motive for the sociopath (remember that the sociopath ALWAYS has a motive), what he is thinking is either:

Whilst his kindness might give you a temporary relief of pain and hurt that you are feeling. It will, once you are trusting him again, and allowing him control over you and your life, return to the abusive relationship that you were in before.

Nothing will ever change. The sociopath cannot change. His brain is wired differently. He cannot help but manipulate and deceive. Trust your judgement, and do not be temporarily blinded to acts of kindness, it is tempting to do so, as we do not want  to realise that the person we were involved with was a different person to who we thought. We want our judgment about him to be wrong. We want it not to be true, but it is true. The sooner that you come to terms with this, the quicker you can heal.

Unfortunately, with a sociopath, it is the way that he is. Whilst things might be ok for a while, service would soon resume as normal. His need for control is overwhelming, acting kind, is manipulating you, and just another way for you to be controlled.

Remember that the sociopath is master of disguise, and will do and say anything to get what he wants. Being kind is another manipulation tool that is used when he either wishes to lure you in, in the beginning, or to lure you back when he feels that he is losing you.

16 thoughts on “Sociopath and the confusion of kindness”