I know, this probably seems like a very obvious post. Sociopaths are the least trustworthy people in society. They would screw over their grandmother if they thought their was something in it for them (and then blame the good guy) getting some sick pleasure out of it.

Truth does not exist for sociopaths

Trust does not exist for sociopaths

Knowing this, the sociopath will do all that they can to gain your trust. To groom you (a bit like a paedophile grooms its victims). They will be all that they can be, as helpful as they can be, and will seem like your best friend, and the answer to all of your prayers. They listen intently to everything that you say. Watch your body language carefully, and all of your interactions.

Everything is going along very very smoothly. At least it is, when the sociopath wants something from you, and you are being source for supply. However, when source for supply is coming to an end, they will suddenly change persona. Will deliberately engineer situations to cause stress. It is quite ridiculous really.

My last sociopath had been out of my life for quite a while. I had been focusing on my own life. Working hard. Not really thought about him too much, I had been too busy. A couple of weekends ago, we had contact, and decided to go to a festival. (I know, I know)…. of course, that weekend he actually spent some money woo… which lasted a day, and therefore meant that I felt responsible for him financially until he was paid. (how do they do that?)

To show just how much he had ‘changed’ he went on and on about how he was fine going out with me, and wasn’t his usually obsessive, possessive self (previously, I couldn’t use the loo or go to the bar, without him being attached to my side). This time, he was cool. And we had fun(well sociopaths can be good fun – at least until the negative crazy side shows).

During the next week or so, he lived a great life. Ate good food (all at my expense as he had no money), and couldn’t be more helpful. The day before his payday he deliberately engineered an argument, to cause stress and tension.

Then the mask slipped…. I was suddenly back in a nightmare. I had stupidly left my computer downstairs whilst I took a shower. He was around…. so, of course he had gone into my things.

I don’t know why I had been so absolutely deluded, that during our time apart, that he would change.  I hadn’t known that he had done this. The irony, was that morning I wrote the post about sociopaths and their use of social networking. I was writing in past tense about hacking computers, phones etc etc…. not knowing that this was exactly what he had been doing. He went home and I went into town, and of course he read my post.

After this, a different man was in front of me. The smiling charming man had vanished. In his place was a psychotic crazy loon. His facial features had changed. The colour had changed in his face, his face was tight with tension. Of course, he knows, what I know, as he has read my blog. And me being me, I say what I think. So I told him that he looked like a pscyho loon, and that he was almost scaring me. His eyes were on stalks. I knew that look, and I knew that despite all of my knowledge, when he was like that, pretty much anything could happen. This was again time for the narcissistic rage.

It has been really hot here in the Uk over the last week. So the french doors were open into the garden. He knew this, and started yelling at the top of his voice so that the neighbours could hear. Next came the raging. it was clear that he had been into my computer and reading my personal information. As he was ranting things that he could never have known, unless he had hacked my personal information (but that doesn’t matter in sociopath world). He was on a mission.

Do you know how I felt during this time?

Each of those pegs reflected a part of me. A part of my life. A part of my world. And bit by bit, he was hammering me into the ground. I started to feel drained, weak, exhausted. He went home that night. I went to bed. Next morning he was back, I hadn’t got up early, but clearly he had, as he was outside the house, shouting, yelling and throwing stones through the window. He was back for round 8. I didn’t have the energy to fight.

There, was another person in front of me. The mask was now gone. Truthfully, he had had to tolerate being around me for a week or so, just to eat. I could see he was bored. I was busy…. but he had to tolerate it, just to get what he wanted …. free things.

Now, to get out of the situation. He was threatening me. Shouting and yelling, hammering me into place. So I had no strength left to fight back. There were constant accusations of things that I hadn’t done. Someone wrote on my Page for this blog on Facebook that not all guys are bad, so he wrote back, that I had a good man thank you very much!! ….  (seriously he did)

The lunatic had definitely left the asylum again. I felt tense, I felt stressed, I felt in danger (he isn’t physically violent), but in danger for what he was going to do to me, and my life.

He threatened to contact people. The threats kept coming and coming. He knows that the person that I was with before him, was an absolute psycho who  I met when I was grieving my daughter, and traumatised with severe chronic PTSD. So I yelled at him – STOP… STOP…. you are behaving like (the ex guys name) STOP…. you are triggering me. I felt traumatised. I felt like I was once again behind a glass wall. I went still, stared into space.

He stopped. Which just goes to show, that sociopaths CAN choose what they are doing. Even in narcissistic rage. He knew that by mirroring me, he had helped to pull me out of the trauma that I was stuck in, for which no therapy had worked when I met him. And this, was something that he was proud of. He always took pride that for all his bad things, he wasn’t as bad a psycho as the last one. (who would have taken great pleasure in seeing me in pain).

It wasn’t that he didn’t want to see me in pain. It was more that he wanted to be seen as the good guy and not as bad as the last one. He left and went home after another day of drama. Which was almost constant. And the phone calls were relentless.

I could only laugh when he said

Yes,  but you don’t understand, the last week or so, I didn’t have any money or food, but now I do, I can be in my own place. I don’t need to be here.

I had to admire his honesty. He had just put me through hell, and I was feeling broken. Why not just walk out the door? I guess the sociopath needs to ‘kill’ metaphorically, what they are using as source of supply, before they can just walk. Or maybe, he genuinely believed that I was doing something against him.

It did make me think of one thing. Fortunately I understand sociopathic behaviour, so I was able to see it for what it was. What he was doing was EMOTIONAL ABUSE. I  told him so. Of course he did the whole

You know, all of the usual. I wanted to write this post today, just to say, that if you do have a temporary relapse –

I think the most important thing that I learned from this was, that the sociopath who wrote to me and said – we can CHOOSE to be like it (destructive) – was telling the truth. As when I was broken, and warned him that he was triggering my PTSD. He DID stop.  He continued later, but he did stop, and it wasn’t as relentless and mentally abusive as before.

Is more important. The sociopath has to win, and has to be in control. At all times. Even when they are in the wrong, they still have to win, and be in control. Nothing is ever their fault, and when you are being accused of something that you hadn’t done, and being relentlessly pursued, after being groomed – you can feel like you are having a nervous breakdown. The sick things that he threatened to do, were once again quite unbelievable.

One thing that did interest me, was how his facial features changed again. I know, just by looking at his face when he is on psycho meltdown. His eyes are on stalks and are cold, hard and staring, the colour almost drains from his face, and his face looks tense. You can feel the tension in the air. It IS scary.

This is how it really is, being with a sociopath. No matter what they say, they won’t change. They have this deep desire to be in control. To own and possess you.

If you fail and you relapse. Don’t give yourself a hard time about it, or beat yourself up. Just get back up the next day, and start the No contact again. I wanted to write this, so that those who are thinking about it, know the reality NOTHING WILL CHANGE – in fact, after the peace and silence – it can feel worse, once you are being mentally berated. It DOES feel like being hammered into a hole, and it is so draining. I felt exhausted, and did feel like I was losing my mind.

He left, and went home….. it is now 12.25am as I write this. It’s been hot this last week, I sit writing this my garden lit up by candlelight, sat at my table in the garden. I feel peace. I feel serene. I feel calm. The sociopath always – after a short time, brings carnage into your life, threats of smear campaigns, tension, drama, negativity. You will hate yourself whilst with the sociopath. There might be silence once the sociopath is gone,  but it is a peace within.

Nobody else can make you happy but you. Happiness is always an inside job. Follow your heart, and follow your dreams. Be yourself. You will NEVER be yourself when when the sociopath, just who the sociopath moulds you into. The relationship with a sociopath is an abusive relationship. Because of their desire to control and to win. You are worth more than being someone else’s puppet. Find the beauty within you. And if you make a mistake, don’t beat yourself up about it…. we all do it.

If you have just came out of the relationship – forgive yourself. You can never change the sociopath, or anyone else. But you CAN change you!

Expecting normality from the sociopath…. is really…. like trying to hammer a square peg into a round hole! You won’t achieve it…. instead you will feel like you are being hammered into a hole. Never lose your identity for anyone. Never change who you are for anyone. Be yourself. Love yourself – your worth it!! 🙂 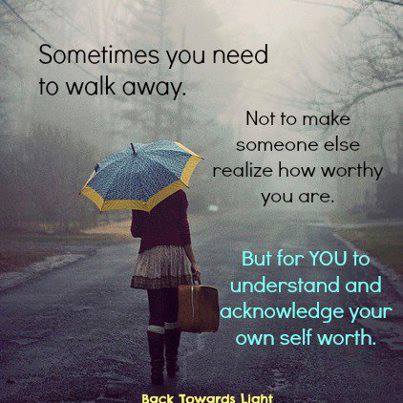 279 thoughts on “You can NEVER trust a Sociopath! Not ever!”

Follow Dating a Sociopath on WordPress.com
Join 6,856 other followers